Many, including some TIME Magazine articles, have argued people’s attention spans are becoming shorter and shorter.  But, in fact, I’d argue the explosion of media competing for our attention simply makes it more difficult to capture a person’s attention.

This post by Daniel Goleman, author of FOCUS:  The Hidden Driver of Excellence explores capturing attention by triggering the the orienting response in the brain and how some Vine posts are taking advantage of it to capture millions of followers and become web sensations.

Additionally, he discusses how important it suddenly becomes once you do capture someone’s attention to have a “story” to tell to engage them.  There are valuable for marketers trying to stand out from the crowd and to engage prospects.  So, take a look.

Re-blogged from LinkIn:  How to Capture and Hold Anyone’s Attention.

Learn more about the “Orienting Response” on Wikipedia.  It’s something that could help you stand out from the crowd.

Proving the Value of Emotion in B2B Marketing Communications

Most B2B marketing seems to be targeting robots. Packed with product features, advantages and benefits, it avoids “emotional entanglements” and strictly focuses on the rationale aspect of purchasing.

But business people are human first.  And humans are emotional. The way someone “feels” about your brand or even the “mood” they’re in when approached makes all the difference on how likely they are to purchase .

Upshot, a marketing agency in Chicago, released this study demonstrating rationally and with qualitative research that affecting emotions is a more effective way to influence B2B decisions.

1.  The widely held belief that B2B decision making is rational and pragmatic is wrong.

Just as in consumer marketing, the research proved that emotion is a powerful tool and deeply affects the way business decision makers react to marketing communications.

2.  Effective B2B marketing should affect the target’s emotions while delivering its selling message.

Creators of marketing communications should work to inspire their audience with their creativity, be it a conference event, a web site, a sales presentation or advertising.

So, remember to engage them emotionally when your planning your next B2B marketing campaign.

Core values are the beating heart of every business. Genuine core values will capture the imagination and passions of employees. Customers should feel those values in every interaction with the company, its personnel and its products. But how do you tell the story of a core value?

When Liberty Mutual’s “Half an Acre” ad first appeared about 7 years ago, I’d actually stop whatever I was doing to watch it. I’d  even watch the entire show in hopes of seeing it again. Not because of the music (which, by the way, is great for this) or the production value or the fact that it was a 60 second ad in a world of thirty and fifteen second spots. I watched because the STORY simply mesmerized me and tied so well to a core value of the company.

Liberty Mutual’s Culture and Value Statement includes: “WE BEHAVE WITH INTEGRITY. We are in the business of trust. Our most important promise is that we will strive to do the right thing, always.”

Now, this ad is nothing more than nine vignettes of common people helping others. But it tells the  story of how “doing the right thing” is contagious and has a karmic way of coming back to you. A story that resonates in the heart of anyone who’s ever held a door for a stranger loaded down with groceries or stopped to help collect someone’s fallen papers.  And this simple story speaks volumes to the values of the company.

Many people think a brand story has to begin with “Once upon a time” or “Our founder believed”. But, in fact, a brand story can be as close as the value statement hanging in your lobby and is told in the actions of the people who share and demonstrate that value every single day to your customers. There’s an engaging brand story you should think about telling.

Stories are important to brands. And, years ago, I learned just how important.

I worked for a company whose name was always being mispronounced. Every new prospect would mispronounce our name and even many of our longtime clients would get it wrong. We were in the business of putting together communications campaigns and promotions branded in the client’s name. So, just how important was it for them to get our name right?  Most people at the company just laughed about it and didn’t seem to care what they called us as long as the checks cleared. But for some reason it always annoyed me.

So, I took to telling a little story about the company when I’d meet people for the first time. The firm actually started as a watch shop.  The family was Swiss and would import watch parts into the US from the old country.   They would assemble the watches and sell them in their shop. They’d been doing this for about 35 years when the depression came along and practically no one could afford their watches.  In desperation, one of the founder’s sons starting taking his watches from company to company and sold them as employee retirement gifts. That’s how the tradition of giving an expensive watch as a retirement gift began… a desperate man trying to figure out a way to sell his wares.

In telling the story, I’d say the family name three times.  Afterwards, something amazing happened.  The people who heard the story would always pronounce the company name correctly, and they always remembered the story practically verbatim.  It even got the point where people would introduce me to their colleagues and tell the retirement watch story for me.

That’s what taught me just how important a story is to a brand.  If you’re just a name, why get it right?  But, if there’s an engaging story behind the name, it elevates the brand to almost mythical proportions. 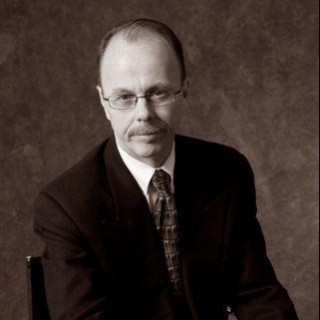